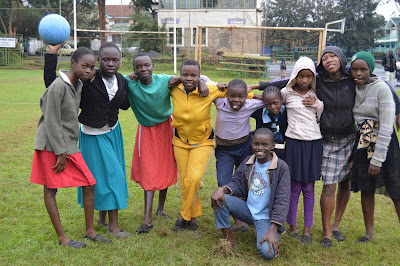 On 18th June 2016 Sadili’s Girl Power Clubs Africa held its Sports Day. Despite the bitterly cold weather, the day turned out to be great fun and everyone thoroughly enjoyed themselves. A total of 67 girls from three schools i.e. Nazarene Primary, Karama Primary and St. Catherine Primary participated in the event. 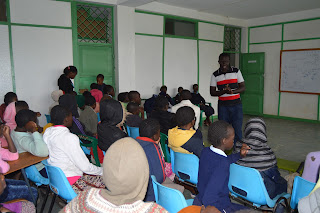 Being the end of the week that saw the Day of the African Child being celebrated, the day started with the girls having a life skills session on Child Rights where they discussed both among themselves and with our social educators various aspects of children’s rights and child abuse. To keep the session interesting and interactive, songs and fun games were integrated into it. This made the atmosphere in the room lively and cheerful the entire time. 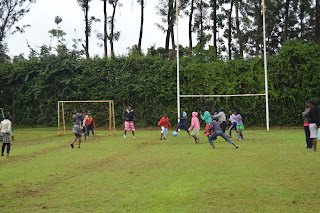 After the life skills session, the sports began. Everyone threw themselves into the field where various games including soccer, rugby and basketball were played.The girls were divided into 3 groups i.e. Tausi, Lion and Tiger and they were so organized that by the end of the event, everyone had played each game. This was followed by a fitness session led by one of our coaches, Ms. Adongo. 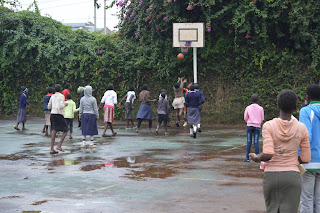 The day culminated with a delicious lunch that we all enjoyed!

As Sadili staff, we had as much fun as the girls did playing the games and interacting with each other. It's so important for us to be involved in the community and in young people's lives because it influences us to see the rewards and the excitement behind playing sports.

Thanks to all the participants and everyone who worked hard to see this day successful. We are all looking forward to the next Sports Day.

Posted by Eleanor Orao at 10:14 AM No comments:

Sadili team reaches the final in the Basketball charity event


Sadili Oval basketball team barely lost this month's Entertainment with Fun for Charity (EFC) tournament with 24 – 23 against Far East. The team however did not finish the match without remarkable score points.  This being the first EFC tournament in 2016, the turn up was huge and a total of ten teams registered for the same. The event took place at the Nyayo National Stadium Basketball Gymnasium on Saturday, 4th, June 2016.


The players were among the teams in pool B and they managed to put a record of 42 – 11 in the battle against CBA before qualifying for the final match. Other teams in pool B included; Sunrise, MKB and Far East. Pool A teams included; Riara, Imara All Stars, Raptors, Wolf Pack and EFC.

The Sadili’s own passionate basketball player and coach, Mr. Robert Bosire said that the boys have not had their training sessions for over a month due to school – related and individual tight schedule but he expressed his joy towards the battle team members fought through to the final.

“I cannot complain in any way for my team not emerging the winners, it has been a fun-fulfilled day as well as a platform for us to directly participate in this noble course,” said Robert. 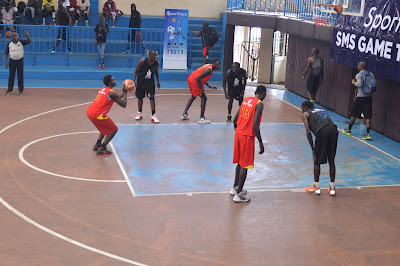 The main event sponsor was SportPesa and Homeboyz Radio. Other partner organizations included; Performers Rights Society of Kenya , ‪‎Nairobi Bottlers, St. Johns Ambulance among others. The event kicked off at 10am in the morning and this year’s main focus project is sponsoring a lady called Rita from Korogocho who cleared her secondary education and qualified to join the University of Nairobi for higher learning but is not able to raise school fees.

Nonini, co-organizer and celebrity musician, said “This event is beyond just giving food and clothes to the less fortunate, which is common across charity events.” He added that Entertainment with Fun for Charity (EFC) is looking towards expanding its charitable activities to more Childrens’ Homes beyond those they have supported which include Bondeni Children's Home in Kitengela, Filomena (Umoja), Angels Center (Limuru), Colour Kwa Face Foundation and ABC Childrens Home (Huruma) and Baby Blessing Children's Home in Kayole.

Other celebrities who attended the event included KTN’s Straight Up presenter Cheroo and DJ KayTrixx, DJ Bash of Homeboyz. 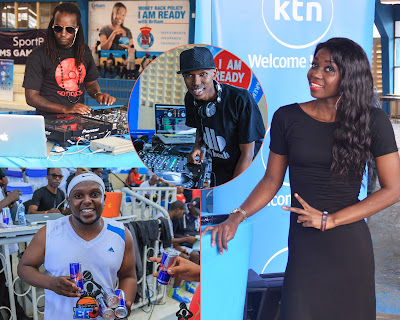 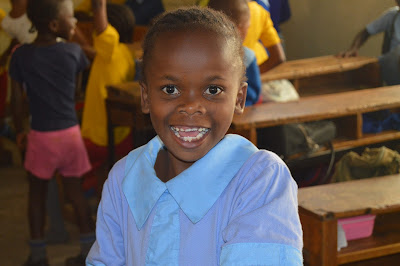 On16th June 2016 Sadili Oval Sports Academy joined the rest of the nation and the world in commemorating the Day of the African Child. This is a day set aside by the African Union in honour of the children massacred in the infamous 1976 Soweto Uprising during the apartheid regime.It provides a chance to campaign for children’s rights – and an opportunity for celebration.This year’s commemoration took place under the theme ‘Conflict and Crisis in Africa: Protecting all Children’s Rights’.

Sadili Oval through its Court of Dreams project and Girl Power Clubs Africa programme has been working closely with young children and teenage girls in various schools in Nairobi, mainly Kibera slums. Different life skills are embedded across sports sessions where each week a particular theme is focused on. In line with this year’s official theme for the Day of the African Child, throughout this week Sadili Oval’s staff have been holding sessions with schools within the two programmes discussing with them human rights issues. 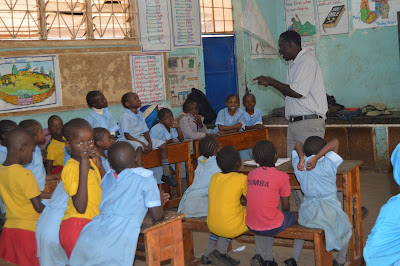 This particular day was celebrated in two schools: at Olympic Primary School in the morning hours and at Karen C High School in the afternoon. The young people had an opportunity to discuss with Sadili staff what their rights are, what child abuse entails and where to report cases of abuse. I must say our social educators have a wonderful way of keeping young people engaged during such sessions. They composed a beautiful song in Swahili about children’s rights and the pupils, particularly those of Olympic Primary School, kept singing the song way after the session was over! 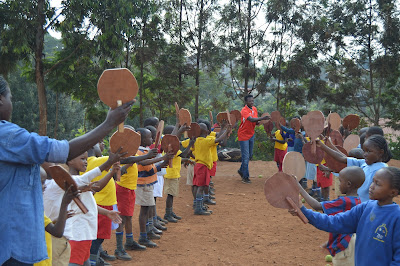 As is the norm at Sadili Oval, sport was not left out. Our coaches also helped to keep  the children engaged by teaching them to play tennis and other games.

Girl Power Clubs Africa, founded in 2007 by Dr. Elizabeth Odera, is a leadership program that provides girls in various schools in Nairobi with a chance to learn life skills through sports and learn to make decisions that affect their lives and their communities positively. The Court of Dreams on the other hand follows the journey of children between 3 and 12 years, the age in which one can leave a positive influence in a child forever. This programme is unique as it involves work on the complete child, with tennis and life skills training, and children are rewarded in both areas.

It goes without saying that the future of the African continent lies in the hands of the African child.For all the challenges Africa still faces, it is a vibrant and promising continent full of incredible young people. Together in solidarity we join with countless others across Africa and across the world as we embrace these children and advocate for their rights.
Posted by Eleanor Orao at 4:47 AM No comments:

Thursday the 2nd, June, 2016 is the day that St. Peters Primary School pupils were introduced into WASH (Water Sanitation and Hygiene) program by our coaches at Sadili Oval, Ms. Juliet Cherono,  Asha  Adongo and Trizah Mboya with the help of Sadili social educators.

The school administration allowed our coaches to have a session with the kids from 10 in the morning way till noon at Kibera tennis court where 42 children under 10 years of age from nursery school to class 3 were trained life skills and sporting activities including fun games.

Some of the activities included; lawn tennis, bounce and catch and hygiene where the social educators showed the children how best to wash their hands highlighting on when and why washing of hands is important.

“Through this we can avoid hygiene – related diseases. “Our social educator, Ms Sigilai said.

It was an interactive session in which the children were taken through our program activities before they are fully registered through taking their parents’ consent. The day turned out to be very busy for the kids since it was a new initiative in the school and most of them actively participated throughout the one-hour session full of various activities.

“They really had a great and wonderful time with us, they have been attentive as well both to the social educators and coaches. This is a great platform that the school through Sadili Oval has given to them,” stated Trizah.


She added that the parents should consider registering their children into the program by filling in an agreement form that the children in attendance were given to take home to their parents or guardians.

When our coaches returned to the school this week to collect back the forms, they found most parents had filled in and returned the forms. Out of the 42 forms, all parents except one approved their children to join our program. The parent who did not fill in the form requested that her child is allowed into the program as she finishes the form.

It is a clear indication that the parents have given their kids the green light to a lifetime opportunity and a new experience to learn life skills that are intended to improve their life style, identify and nurture individual talents.
Posted by Unknown at 1:27 AM No comments: