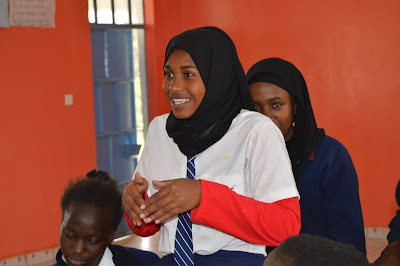 Drug abuse. We see it in our neigbourhoods, on TV, movies, everywhere. We hear about it in music, from peers, family, and teachers. Some of us may have experienced it first-hand in some way. When it comes to this subject, there's a lot of information we get from many different sources, and it can be hard to figure out what's true and what isn't. Findings from a National Survey on Alcohol and Drug Abuse conducted by NACADA in 2012 shows that 13.3% of Kenyans are using alcohol, 9.1% tobacco, 1.0% bhang and 0.1% heroin. The survey also shows a high use of drugs and alcohol by school going teenagers.

Over the past two weeks Sadili’s Social educators through the Girl Power Clubs Africa programme have been going around various schools in Nairobi campaigning against drugs and substance abuse. Emphasizing that peer pressure is the main cause of substance abuse, they have been advising the girls to keep away from friends that mislead them. 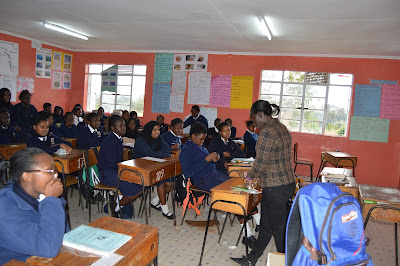 “Avoid Negative Peer Pressure and pay attention to who you go out with.  If you are hanging out with a group in which the majority are drinking alcohol or using drugs to get high, you may want to think about making some new friends,” advised Everlyne, a social educator at Sadili when she visited Karen C High School on 14th July 2016. “You may be headed toward an alcohol and drug problem if you continue to hang around others who routinely drink alcohol, smoke bhang, abuse prescription drugs or use illegal drugs.  You don't have to go along to get along”.

The educators also urged the girls to be careful not to let themselves be fooled by the popular notion that the use of drugs makes them look ‘cool’.

“Nowadays role models for teenagers and young adults exalt the use of alcohol and drugs which in turn make it look ‘cool’,” remarked Kevin, also an educator. “This is quite the opposite. Drugs don’t make you ‘Cool’; they make you look like a fool.”

The social educators will continue their campaign in other schools including Karama Academy, St. Catherine Primary, Nazarene primary and Olympic High School in the coming weeks.

Girl Power Clubs Africa is a leadership program focused on providing girls with a chance to learn life skills and learn to make decisions that affect their lives and their communities positively. Their work on talking to the youth about drug and substance abuse is supported by the National Authority for the Campaign against Alcohol and Drug Abuse (NACADA).
Posted by Eleanor Orao at 7:46 AM No comments: 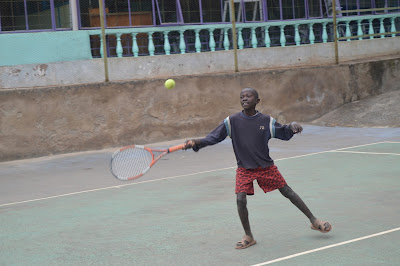 There was a fabulous turn out (43 boys and girls) for Sadili 8-Series Junior Tennis Challenge for U6, U8, U10 and U12 on Saturday, 9th July 2016. The weather thankfully stayed dry and the kids put on a brilliant display of tennis and sportsmanship at the event. The tournament, run under a Sadili/International Inspiration partnership, was sponsored by Wilson Sporting Goods, Sadili Oval, and Comic Relief among others.

Sadili Staff did great work organising the kids into teams and shortly after their registration, matches got swiftly underway. There were a total of 64 matches played in all the 7 tennis courts at Sadili Oval.

In the under 6 boys’ category, Fred Ramsey carried the day after beating Fred Okombo in the finals, with Sheila Awuor trouncing Elizabeth Mbithe to win the under 6 girls’ singles. 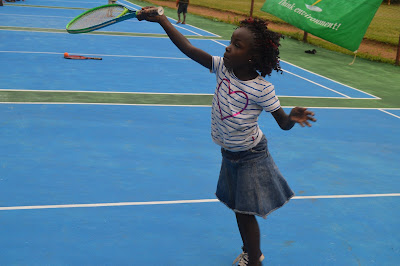 Angela Alwanga yet again proved to be the strongest in the under 8 girls’ category beating Miriam Mutheu in the finals.

Henry Ochieng lifted the under 12 boys’ category after a tough battle with rival Edward Odongo in the finals.

To view the detailed final results please click on the link: http://www.tournamentsoftware.com/sport/winners.aspx?id=22A63DBA-83A9-4A24-97EF-0FE9BAABA063
After the games the kids were treated to delicious lunch and beverages.

The Sadili 8- Series Junior Tennis Challenge is a tournament for U6, U8, U10 & U12 kids (all levels), with Tennis Africa Cup ranking. It is great for kids who want to test their skills, get out on the court and make new friends along the way. It was started by Tennis professional, Dr. Liz Odera.

Thanks to everyone who took part in the tournament.  Thanks also to those who helped organise and run the event – Sadili Oval Staff. See you all at the next tournament!

Posted by Eleanor Orao at 7:18 AM No comments:

The Court of Dreams is an Inclusive Project: Emmy’s Story 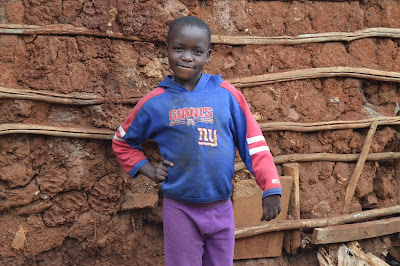 Meet Emmy Akinyi, an eight year old std. one pupil who is part of Sadili’s Court of Dreams project. She goes to Mary Rice Education Centre and lives with her father Fredrick and brother Eddy in Nairobi’s Kibera slums. Her mother lives in the village with the rest of her siblings.

Emmy was born a normal child. However, at the age of 3, she developed complications after a Polio vaccine went wrong. She got very sick after the vaccine and was admitted to hospital for several weeks. Consequently, her left arm and leg were temporarily paralysed. Thankfully she has been getting better with the passing of time.

Her entire left side of the body still gets painful sometimes, making her unable to fully use her left arm and leg. Despite this, Emmy has not let her life be defined by her physical challenges. She considers herself a normal child and participates actively in sports in school. She is extremely jovial, and equally playful.

She goes to Sadili’s Kibera Tennis Court every day after school and every weekend to play tennis and other games. Even though she struggles with the racquet more than the rest of the children, she remains steadfast. She even participated in the Sadili 8 series tournament on 4th June 2016!

Emmy is also a bright pupil. Her father says she is the brightest in the family. In fact, last term she took second position in her class of 22 pupils.

Her father hopes that she achieves her dreams. “I will continue to pay her school fees until she gets to the university. I want my daughter to be a successful person.’’ He says.

Asked about what he thinks of the Court of Dreams project and his daughter's participation, he expresses how pleased he is. "I couldn't be more grateful to Sadili for coming up with this project. Ever since Emmy started playing at the tennis court, I have seen a lot of improvement in her. She is more fit and her self esteem has greatly improved. I'm even happier that they now have professionals to teach them life skills as they play. Even more important is that she is able to bathe and care for her hygiene herself"

His advice to parents with physically challenged children is ''Don’t lock them up in the house because they have physical limitations. The health benefits of regular physical activity are the same for people with and without disabilities. Let them go out and play.’’
Posted by Eleanor Orao at 12:01 AM 2 comments: