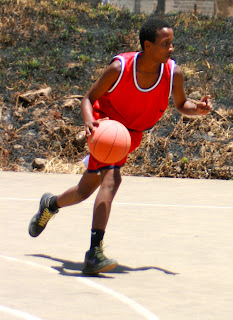 The Malezi Varsity team showed just why they were District Champions of Lang’ata, playing two games and winning both, against Pumwani and Our Lady of Fatima, respectively.

Sadili Basketball was at Railways Club, Nairobi for the first day of the Nairobi County Championships, to support Malezi High, the resident high school team. Top District Teams from around Nairobi showed up to compete for the title and the opportunity of representing their schools, districts and themselves at the National level.

Malezi 49  Pumwani 9
The first bout was against Pumwani School, in which the Malezi varsity team scored 49-points to their 09-points in a smooth victory for the top guns.

In the second game of the day the Malezi Varsity team went out with enthusiasm and purpose, going up 10 quick points in the first 3-mins of the game and never lost steam. They continued their exhibition of skills and teamwork by finishing the game 53-11, in Malezi fashion.

Moving on towards greatness the Malezi Team is scheduled to play today morning at Upper Hill High school for the Semi-Finals of the Championships.