The EA Safari Junior Tennis Camp at Sadili Oval Sports Academy is much more than just a sports camp; it’s also a friendship-forming and character-building experience that leaves participants wishing for more at the end of it. The 2016 edition came to a close on Wednesday 18th August. Here’s what some of the participants had to say about their experiences. 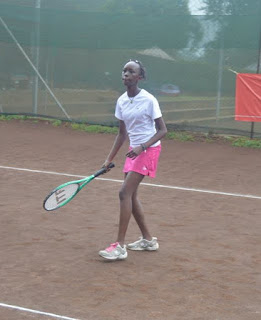 Nina Saitoti, Age: 16, Nairobi – More than just great training
Nina started playing tennis at the age of 13, but until the Smashers Challenge on 14th August 2016, she had never participated in any tournament. This was her first time at the Safari Junior Tennis camp. This is what she had to say:

“I came to know of the tennis camp through Sadili’s website of which I’m a regular visitor. The moment I knew it would be happening, I did not hesitate to sign up because I have always wanted to improve my skills in tennis. Before I came, all I pictured was some good tennis training, but I got more than just that.  Everyone I met was warm and very friendly: the campers and staff alike. I also can’t believe how much my skills have improved in such a short time. I used to train in school, but it was not as good as what I got here. Dr. Liz made me realize just how much I didn’t know about tennis. There are so many things I heard from her that I have never heard from any of my coaches before. I hope to get more training here [at Sadili] even after the camp; this is something I will have to discuss with my parents.” 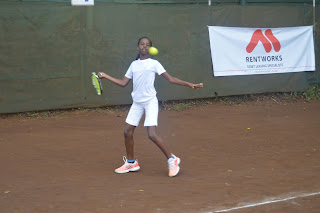 Shana Mao, Age: 11, Arusha – Great experience
Shana has been playing tennis since 2014 and is the current number one tennis player in the Under 12 category in Tanzania.  Just like Nina, this was her first time at the Camp. This is what she had to say:

“The experience at Safari Junior Tennis Camp is one that I will never forget, despite the fact that I was only there for a week. I was the only Tanzanian, but I still had a sense of belonging. The staff members at Sadili are super… I actually thought of all of them as friends. I cannot thank them enough for all the kindness they provided for the campers. I get tennis training in Tanzania but I have never met anyone like Dr. Liz. She has a very keen eye and is quick to point out the little mistakes we make when playing. She always had something new to teach us every day, and I think that’s what makes her unique. I hope to come again next year and experience it all over again.” 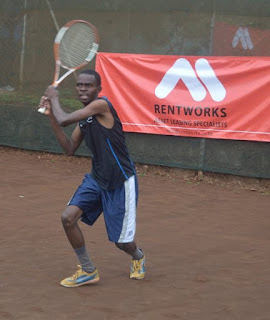 John Onyango, Age: 17, Kisumu – Going back home a better player
John has been playing tennis since he was 11 years old. At the age of 12, he participated in the East Africa Safari Junior Tennis Camp for the first time and played for the first time in a tournament: the EA Junior Open, in the U14 category. He was the first runner’s up in the tournament. He also participated in the Kisumu Open series in the same year and won.  He came to this year’s camp on scholarship. This is what he had to say about this years’ camp:

“Since the first time I attended a camp here at Sadili, I have always wanted to be back. When I got information on Facebook that Sadili would be offering scholarships for this year’s edition, I did not hesitate to apply, and I was very excited when I got it. This year’s edition was particularly special because there were separate life skills sessions for campers, something that wasn’t there the last time I came. I get training back at home [in Kisumu], but it’s a lot different from what I got here at Sadili. The training at home is very basic, as we are not taught anything more than how to hit balls back and forth. The camp may not have lasted that long, but I’m happy that I have learnt a great deal from Dr. Liz, Coach Kats and the rest of the players at the camp, and I will be going back home a much better player.” 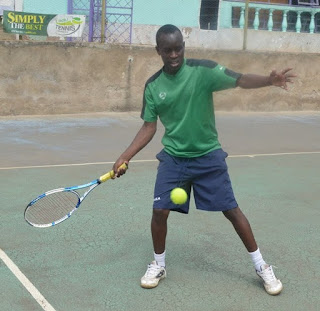 Wycliffe Okenye, 17, Nairobi – Keeps coming
Wycliffe won this year's Smashers Challenge Cup U18/21 category. He’s been playing tennis since he was 11 and played his first tournament at the age of 12. Here’s his story:

“I have been attending Safari Junior Tennis Camps since I was 12. I consider Sadili my second home because this is where I discovered I could actually play tennis. Tennis camps at Sadili have always been fun and action-packed and this year’s edition was no different. I was more than thrilled when I got a scholarship to come for it because I knew the kind of training I would get. I’m very grateful to Dr. Liz and Coach Kats for the wonderful training they gave us during the camp and I’m looking forward to coming again next year.”
Posted by Eleanor Orao at 10:56 AM No comments:

The Smashers Challenge Cup (4th edition), presented by gold sponsor, RentWorks, ended on a high note on Sunday 14th August 2016 at Karen Country Club with 31 junior players braving the cold to showcase their talents in the game. The juniors came from all over Nairobi, Kisumu and Arusha. One of the highlights of the tournament was the match between Wycliffe Okenye and Ricky Omondi in the boys under 18/21 finals.The two gave a magnificent display of tennis in a match that kept spectators glued to their seats. It ended by Wycliffe thrashing Ricky 6/4, 6/2.

Indefatigable player Changi Kigamwa of Karen Country Club battled his way to the semi finals but was stunned by Ricky Omondi 1/6, 2/6. Despite Kigamwa's loss to his opponent, Karen Country Club had a reason to celebrate as this was the first time since 2010 that a seed from the club had reached semi-finals in the under 18/21 category.

The final results were as follows: 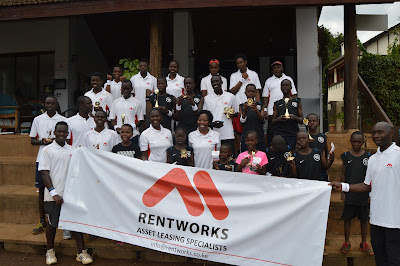 The Smashers Challenge series forms part of a Level B Tennis Africa Cup ranking tournaments, for players between intermediate to advanced level. Winners from the Masters qualify for the World Finals of the Champions Bowl (http://www.champ-bowl.com), a worldwide tournament circuit, to be held in Spain later this year. This particular edition was sponsored by RentWorks and Wilson Sporting Goods. RentWorks is a lease company that provides rental finance solutions to a global customer base comprising large and medium size organizations.

Posted by Eleanor Orao at 6:09 AM No comments: 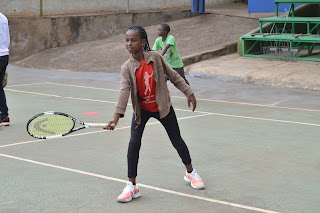 NAIROBI, August 8, 2016- The 17th edition of the annual East African Safari Junior Tennis Camp kicks off today at Sadili Oval Sports Centre in Lang’ata, Nairobi, with a select 20 talented children and youth aged between 6 and 18 years from the entire East African region including Kenya, Uganda and Tanzania. The young stars have assembled at the Sports Centre for training and competition that is expected to run until 20th August 2016.

The Camp this year is proud to host guest coach Mr. Katsuya Otsu, a graduate of the world famous Bolletieri Tennis Academy, professor at the Tokai University’s Department of Sport & Leisure Management and member of the Japan Olympic Academy (JOA). He will spend the second week of the camp working along Kenya’s Dr. Liz Odera and her team. A Tester and Clinician, Liz is currently a member of the PTR International Committee, representing Africa and Provider for Kenya. She was celebrated as a ChangeMakeHer, one of the world’s most influential and inspiring women of 2011 (Ashoka ChangeMaker). Liz is currently taking sport and schooling to world class level by providing a platform for individual talented African athletes to live their dreams, something never before attempted successfully in the region.

The Safari Junior Tennis Camp also marks the media launch of “Court of Dreams”, a program in which Sadili’s team of coaches, communicators and social educators are engaging a first batch of 640 children in the Kibera Slums in a new partnership with International Inspiration and Comic Relief that will see 2100 children learn tennis, and improve schooling through better hygiene skills. Sadili will also reopen the newly revamped “Court of Dreams” facility at the academy, a facility originally jointly built and named by re-knowned Coach and co-Director of Evolve 9 and Serious Kids Stuff Foundation, Ronald Pothuizen.
Media, friends and partners are invited to visit the camp, which will include the following activities:

19–21 August 2016: East Africa Junior Tennis Open at Sadili Oval Sports Academy sponsored by Wilson Sporting Goods. Singles and doubles tournament for U6 to U18 boys and girls, this event will bring together more than 150 kids competing at various levels.  Prize-giving will take place on Saturday 20 August at 2.00 p.m., followed by refreshments.

Posted by Eleanor Orao at 2:07 AM No comments: