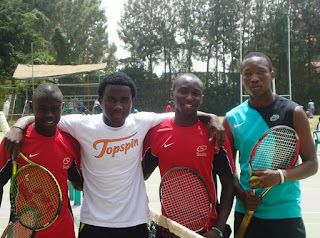 Sadili Oval Sports Academy in Lang’ata, Nairobi, was a hive of activities as the young and old gathered to gain tennis lessons from an alumni. South Africa-based and former Sadili Oval and Malezi School tennis ace Hassan Ndayashimiye made the practice session possible. Ndayashimiye, who left Sadili Oval on a tennis scholarship to South Africa four years ago, trained players. The players involved those at Sadili Oval and also from neighbouring schools. The sessions involved ball control, court runs, hits, positive thinking and other fitness levels. 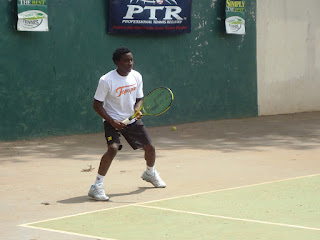 The Burundian said he saw it possible to come and give back to Sadili that nurtured his tennis career on top of a prestigious scholarship that he was awarded when he was very young. "The training I got at Sadili has enabled me to win championships in South Africa. Furthermore, I have reached the Wimbledon main draw because of the skills I learnt here," said Ndayashimiye, 17, who was accompanied by his sponsor Kassie Mcilvaine.
"It was nice being here at least for a day to impart what I have learnt to these children. My advice is that they should be focused and be ready to work very hard towards achieving their goals in tennis," added Ndayashimiye, who is currently ranked 27 in World Junior category. He recently reached the third round in an African tennis event in Morocco before moving to win a championship in Tunisia.
He says the greatest challenge to many young upcoming players is ability to amass points. "It’s (amassing points) a tedious process that needs discipline and perseverance, one needs to attend as many ranking tournaments as possible," he added. 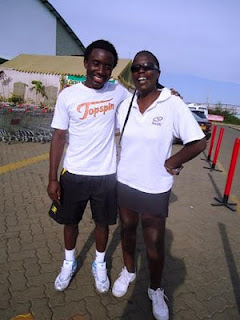 Sadili Oval CEO Liz Odera congratulated Ndayashimiye for giving back to the centre that developed him. "It’s great to have him (Ndayashimiye) back, he started training here at age nine. He is now going places. Training in South Africa and Europe has made him even sharper," Odera said.
Meanwhile, Sadili Oval Centre has many tournaments and activities lined up in their calendar this year, beginning with the Smashers Challenge Cup on January 28.
Notable Tournaments Played: